Solar Cells and Solar Panels – What is the Difference?

The earth absorbs about 3,850,000 exajoules (EJ) of solar energy every year. One hour would cover the world`s entire energy demand for one year. The potential of solar energy is almost beyond anyone`s imagination. How can we tap into this vast resource? Let`s take a look at how solar panels work.

There are mainly two main types of solar panels:

What exactly is sunlight? The best way of describing light in general is probably this: A collection of tiny elementary particles called photons. These light particles carry a certain amount of energy, which can be converted into electrical energy through the  in solar cells.

Solar cells generate an electric current when they are exposed to light. Exactly how this happens is a quite complex, and varies between the different types of solar panels.

The basic gist is this: 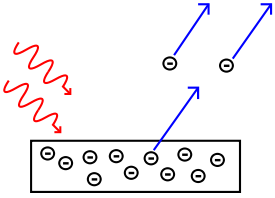 Solar cells are building blocks of solar panels. Multiple solar cells that are oriented in the same way makes up what we call solar panels. The electrical power out depends on how many of them are put together. The solar panels you have in your calculator and those NASA use in space are essentially built using the same principles – even though they are on completely opposite sides in the strength spectrum.