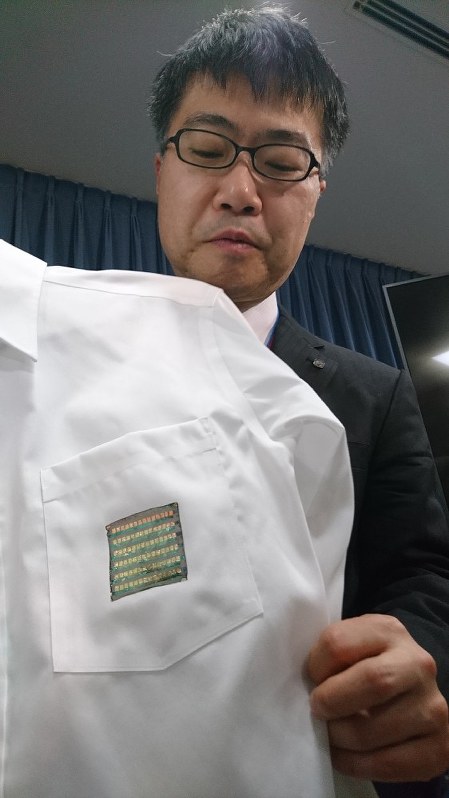 TOKYO — A group of Japanese researchers has developed a super-thin organic solar cell that can be heat-printed onto clothes just like a T-shirt design, it was announced on April 16.

The photovoltaic cells developed by a joint Riken research institute-Toray Industries Inc. team are just 3 micrometers thick, can be affixed to cloth with resin in a similar way to heat transfer printing, and can be stretched and folded. They can also withstand temperatures of about 100 degrees Celsius without degrading, and have an energy conversion efficiency of about 10 percent — better than any previous ultra-thin, organic solar cell.

“Organic solar cells can be produced cheaply, and we anticipate a large market for the technology,” said Riken researcher and team member Takao Someya.

The cells could be used to power portable devices and wearable tech, eliminating the need to carry around a battery or adapter. Furthermore, if the cells were affixed to tents, they could provide electricity in the outdoors or during disasters, and can simply be folded up and put away when not being used.

While the team says the solar cells have already reached a point sufficient for practical applications, they still deteriorate quicky when exposed to water or oxygen. The researchers are planning to improve the cells’ water resistance and durability, and have them ready for general use by the early 2020s.

Details of the new technology were published in the online version of the Proceedings of the National Academy of Sciences of the United States of America on April 16. 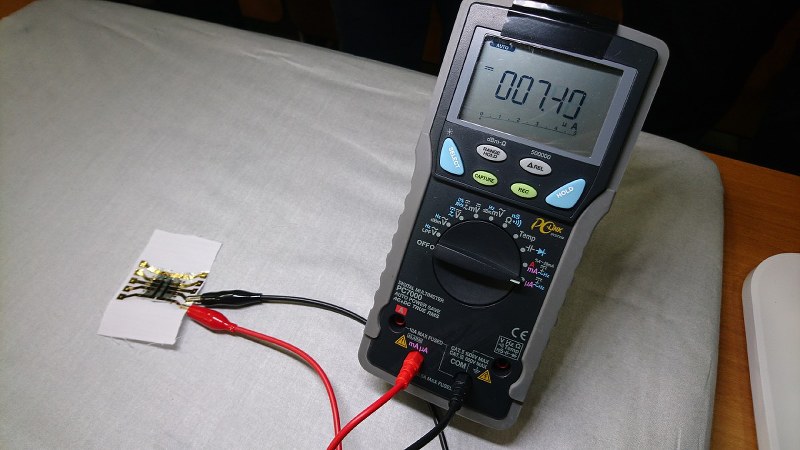